Virtual reconstruction of the Temple of Artemis in Ephesus, Turkey | 2017

One of the Seven Wonders of the Ancient World, it was completely rebuilt three times before its final destruction in 401 AD. Only foundations and sculptural fragments of the latest of the temples at the site remain.
The rendering of the temple will illustrate the Ephesus part of the book series ‘La aventura de la arqueología’ from Tecam, RBA, National Geographic. 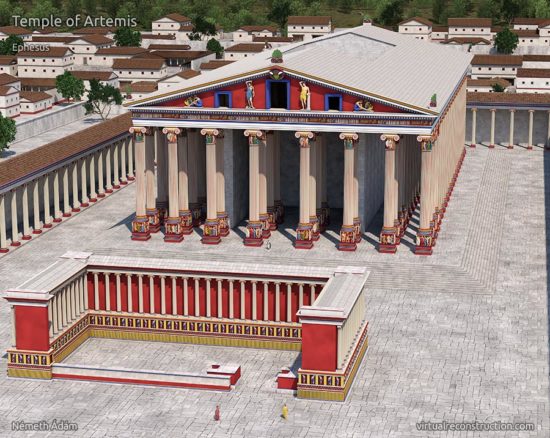 Bird’s-eye view of the Temple of Artemis or Artemision. 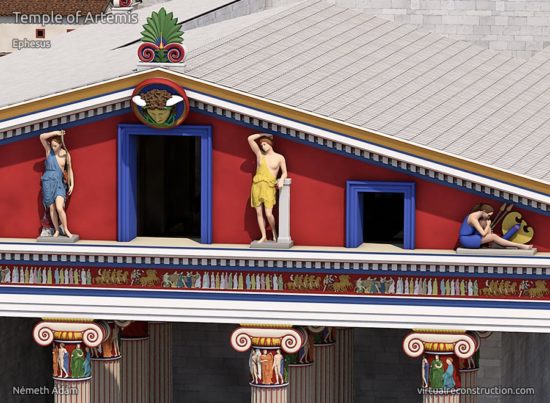 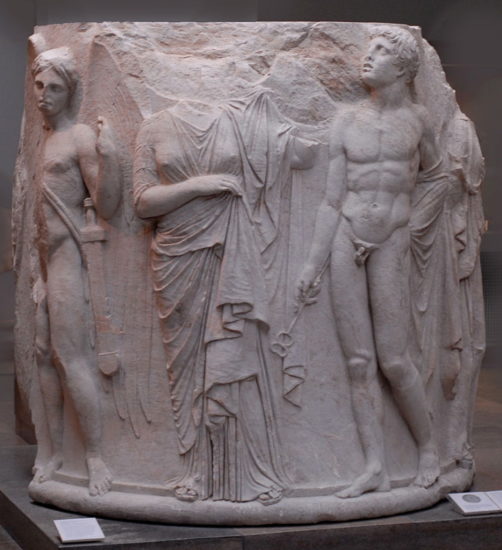 A drum from the top of a column from the 4th-century rebuilding, now in the British Museum. 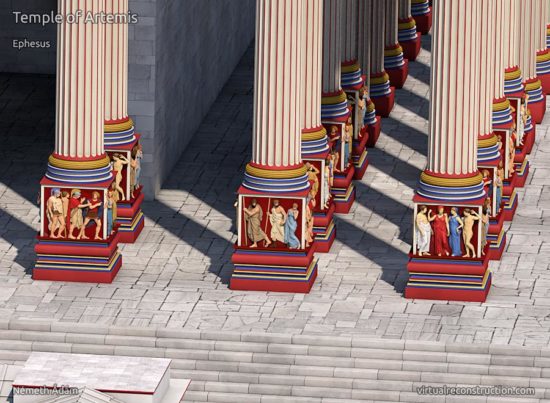 Close-up of the column bases. 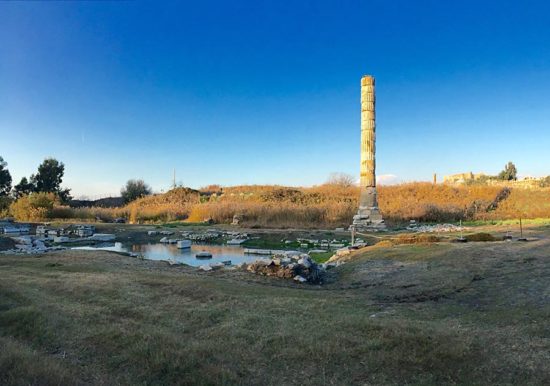 The site of the temple now. One column was partly re-erected in 1973.