Six parts of a roman grave monument (aedicula) was found in Rupp-hegy, Budapest in 2009.

Roman period stone slabs on the side of Rupp-hegy

With Jozsef Beszédes we tried to reconstruct the monument. Two slabs were initially one piece, with a funerary inscription. They were sawn trough for secondary usage.

We looked for references from the Sempeter roman cemetery. 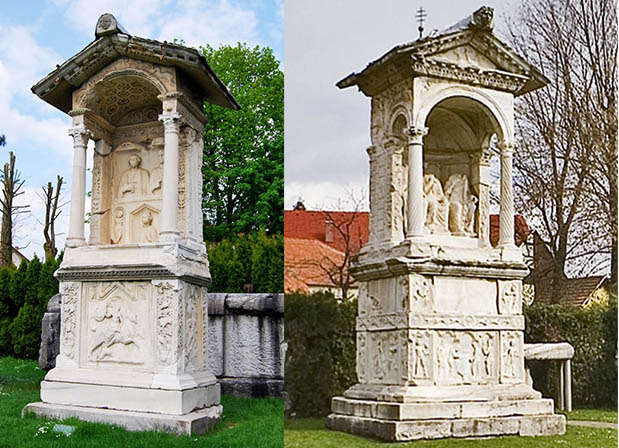