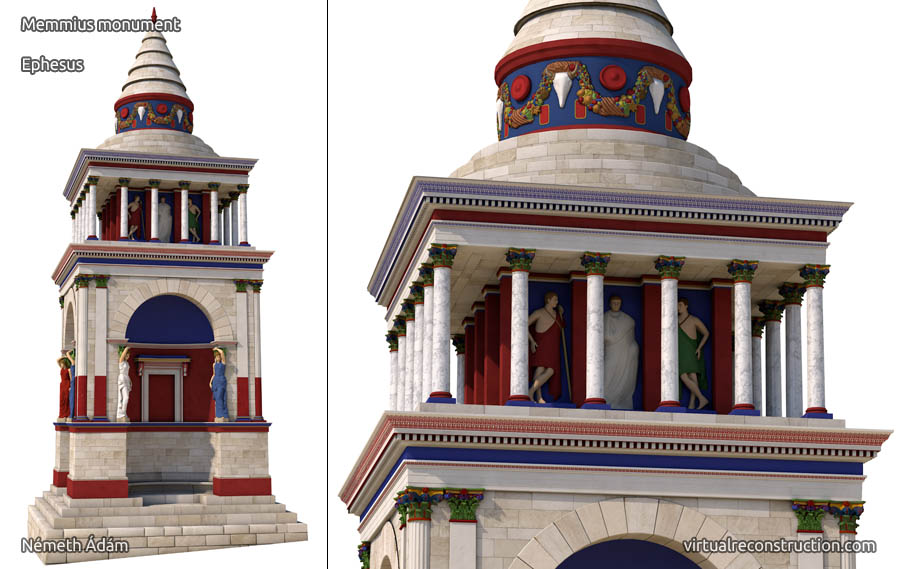 Virtual reconstruction of the Memmius monument in Ephesus, Turkey | 2017

It was constructed during the reign of Augustus in the 1st century A.D by Memmius, the grand son of dictator Sulla. One can see the figures of his father and grandfather on the blocks today. The structure has four facades, in the 4th century A.D, a square fountain was built on the northwest facade.
The rendering of the monument will illustrate the Ephesus part of the book series ‘La aventura de la arqueología’ from Tecam, RBA, National Geographic. 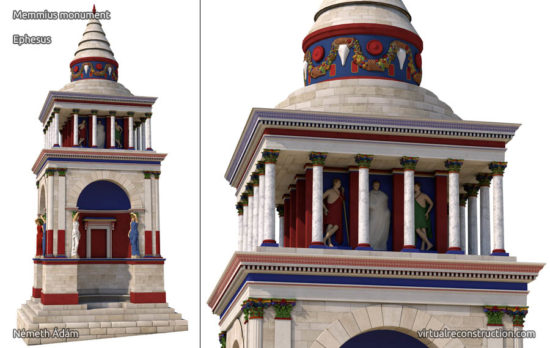 Virtual reconstruction of the Memmius monument 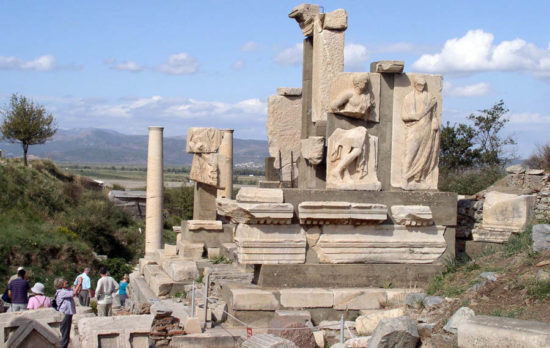