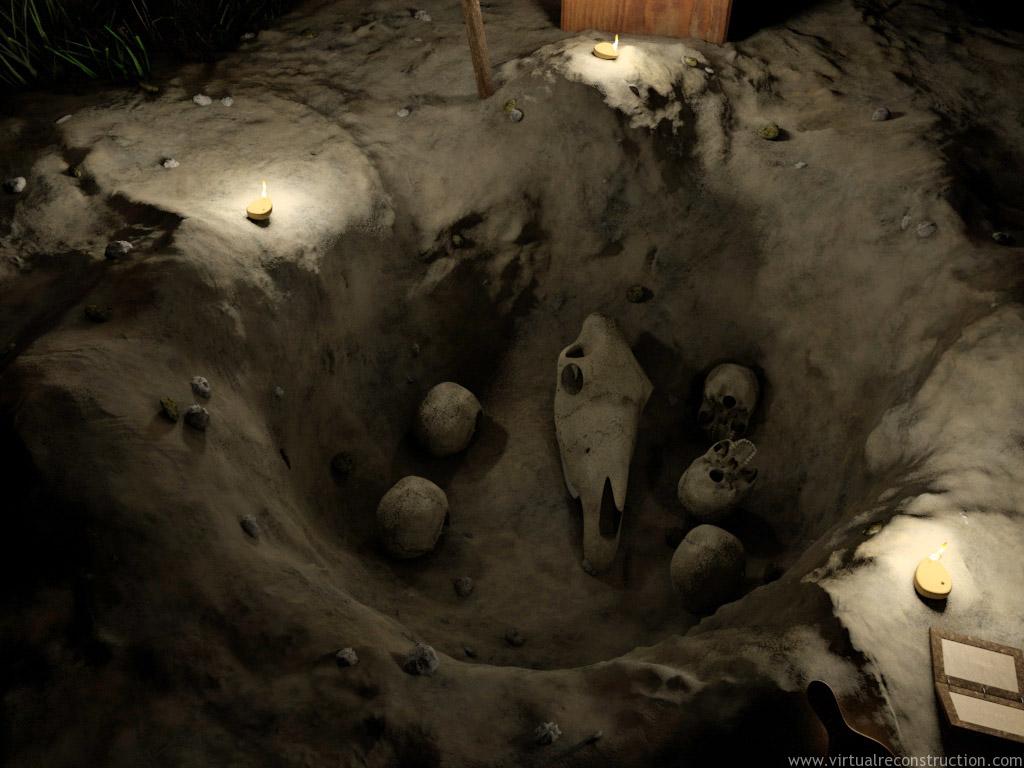 In 2006 during an excavation in the roman cemetery of Aquincum leading archaeologist Gábor Lassányi found a special grave: one regular burial of an old man plus five human, and a horse skull. 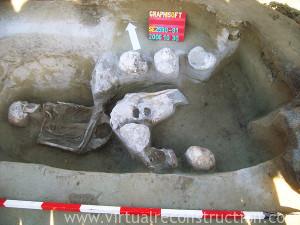 The seven skull grave at the Graphisoft Park dig in 2006

Were the old man buried with severed heads? Were the skulls dumped in a rubbish pit by a grave robber? Were they placed there during a ceremony? After studying the finds, he came up with the following theory: They were part of a magical ceremony, possibly about a curse. 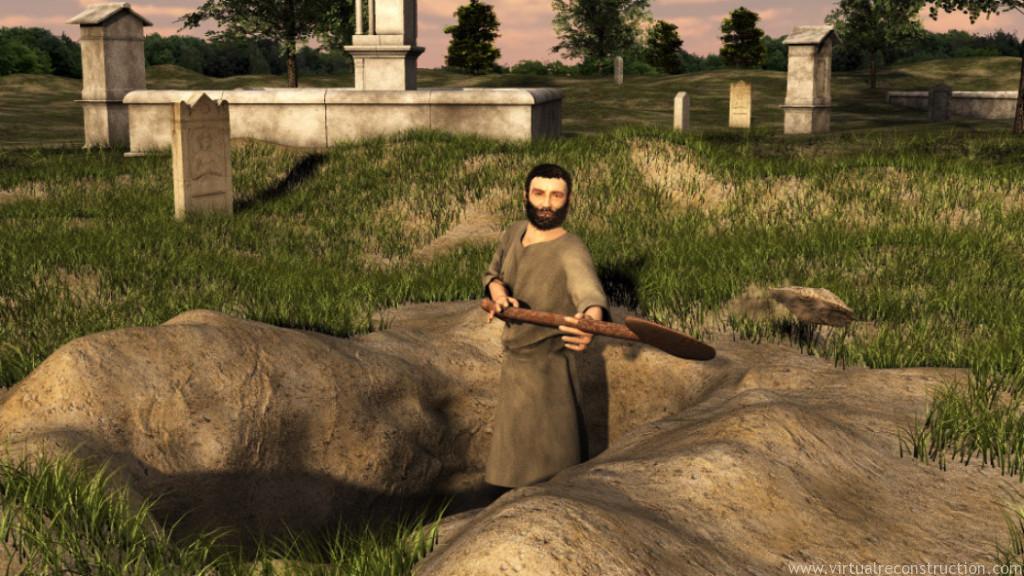 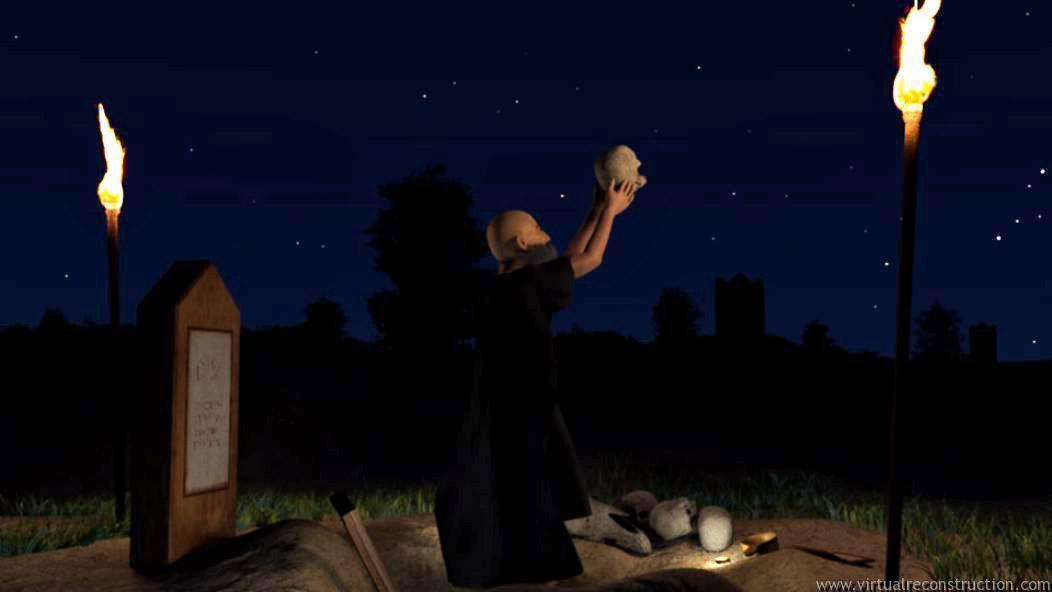 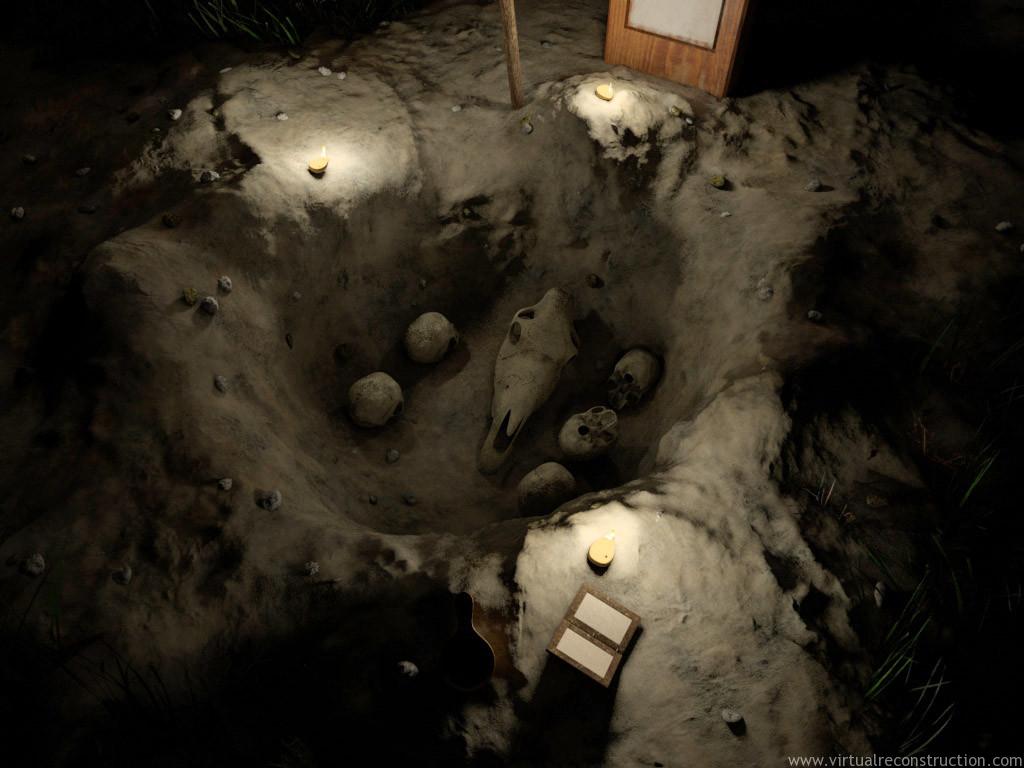 Layout of the skulls after the ceremony 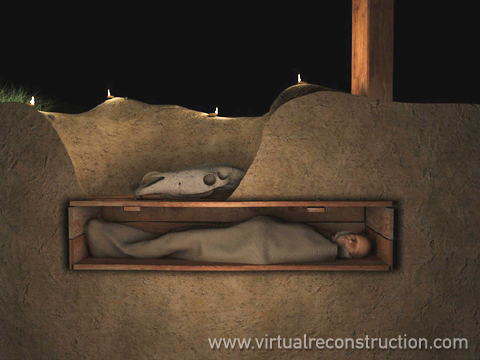 Section of the grave