Archeologists have found a common grave of a woman and a seven year old girl from the Scythian period. A bronze arrowhead, found on the right side of the woman by the last rib, may have been the cause of death. The arrow dates the grave to the second half of the 5th century BC. The woman’s ankles were bound together.  The grave goods included a cup, a flat bowl, and a millstone.

My task was to to reconstruct the burial scene. I started by analyzing the excavation drawings, photos and the well-preserved skeletons and material objects. It was noted that the clothes were representative of those found in literature depicting the Scythian period. The boots are the typical pointed ones of the era.

The lifelike folds of the clothes are achieved with simulation, the characters were animated from a T-pose to the final, laying ones. Some manual adjustments were necessary in areas such as the armpits and legs. I modeled the grave goods from photos of the artifacts. The skull of the girl was found in the bowl, which probably contained food, that’s why I placed a wooden lid on it.

The format of the exhibition posters were portrait, so I arranged three renderings vertically on them. 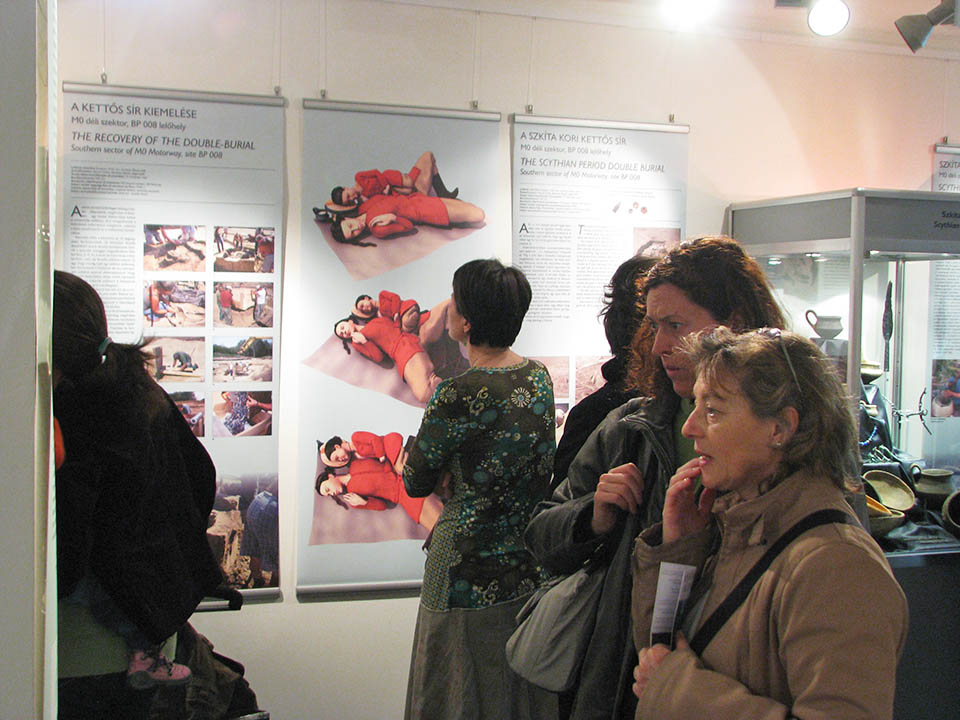